Trapped in a massive maze, a group of teenagers with no memory of the outside world struggle to survive in this thrilling action-adventure based on the best-selling novel.

This is a dystopian Sci-Fi film in which teens are trapped in a massive walled glade. They have to learn to get along and each are asked to use their skills to the benefit of the entire group. All of the people are boys. The glade has one entrance, or is it an exit? It opens in the daytime and closes at night. It leads to a colossal maze that changes shape every day and at night it is filled with creatures called grievers that kill whoever remains in the maze. Some of the strongest and fastest boys are chosen to be maze runners and their job is to try to find a way out. In the span of years they have failed after daily excursions into the maze. 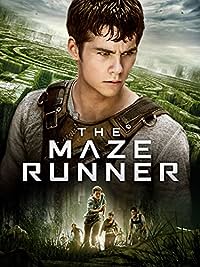