The time- travelling adventures of an advanced canine and his adopted son, as they endeavor to fix a time rift they created.
The character of Mr Peabody appeared first on “Rocky and Bullwinkle show” in the late 50s, before starring in its own TV series, “Peabody’s Improbable History” in the 60s. Those series told about famous characters from the past being visited by a dog named Mr Peabody (world’s greatest genius) and his pet boy Sherman. This film is a highly modernized version of this latter show. 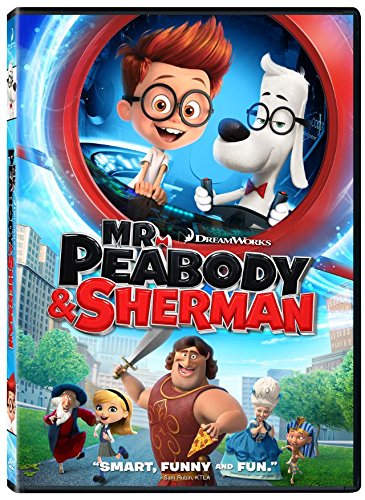