The next 40th Anniversary 7” Picture Disc from David Bowie is… ‘Young Americans’ Originally released in the spring of 1975 and taken from the album of the same name, this 2007 Tony Visconti single mix is making its vinyl debut. The AA-side, which runs at 33 1/3 r.p.m, IT’S GONNA BE ME (WITH STRINGS) is an alternate version of an outtake from the 1974 Sigma Sound sessions in Philadelphia. It was first released on the YOUNG AMERICANS album special edition in 2007 and is also making it first appearance on vinyl. 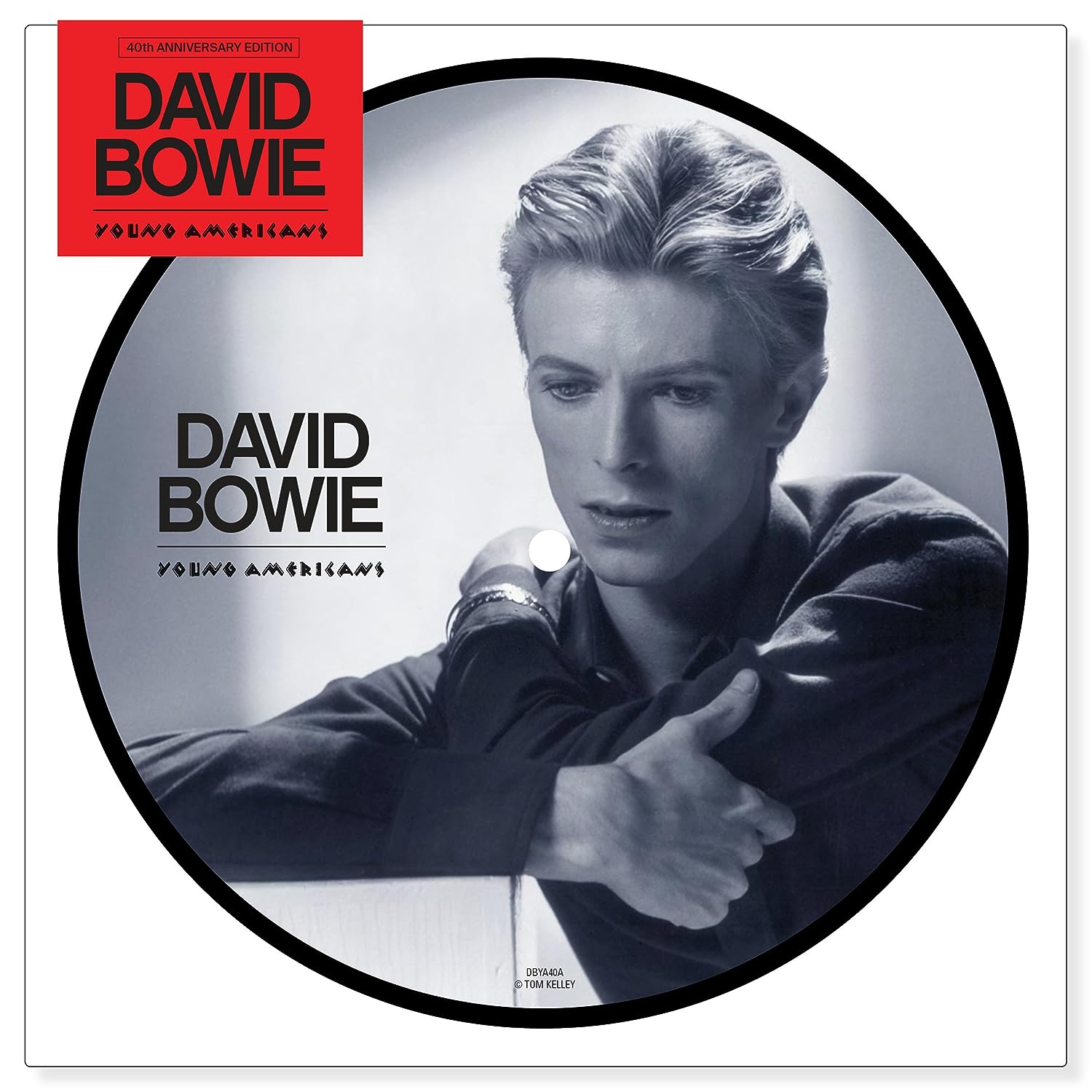