After the cataclysmic events in New York with The Avengers, Marvel’s “Captain America: The Winter Soldier” finds Steve Rogers, aka Captain America, living quietly in Washington, D.C. and trying to adjust to the modern world. At the start of the film Steve Rogers (AKA Captain America) is still acclimating to modern life after having been frozen since WWII, and is working under the orders of Nick Fury and SHIELD. Already having doubts about SHIELD’s motives and methods Rogers suddenly finds himself at the center of a conflict festering at the heart of SHIELD and must fight alongside other agents to stop a villainous plot to establish a new world order. Along the way he’ll have to face a dark figure which may be connected to his past and decide what freedom truly stands for. 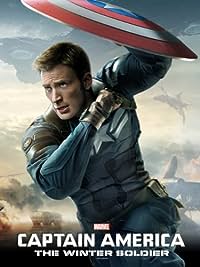